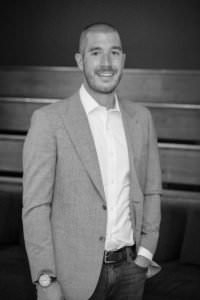 Raymond Glendening is the founder and CEO of Scarlet Oak Strategies, which specializes in designing and managing Public Affairs and Grassroots campaigns for national trade associations and issue advocacy organizations. Clients from across the issue spectrum, including agriculture, energy, financial services, health care, sustainability, technology and transportation, have turned to Scarlet Oak for campaigns to advance their federal, state and local policy objectives.

Current and former clients include the American Federation of State, County and Municipal Employees (AFSCME), Pew Charitable Trusts, the National League of Cities (NLC), Share Our Strength, the National Corn Growers Association (NCGA) and other national associations and organizations. Glendening has also served as a General Consultant to the Democratic Congressional Campaign Committee (DCCC).

As the National Political Director for the Democratic Governors Association (DGA) from 2008-2010, Glendening was the chief architect of DGA’s now institutionalized independent expenditure program. Glendening led the committee’s candidate recruitment and, over the course of the cycle, the strategic allocation of $55 million across 37 gubernatorial races. Glendening oversaw all elements of the DGA’s political program including the design of the “incumbent protection” program, opposition research, message design, coalition management and field program.

Glendening was the Deputy National Political Director for the Bill Richardson for President campaign during the 2008 cycle, overseeing political outreach in the “first four” caucus and primary contests. Glendening has also worked on the campaigns of Ted Strickland for Governor, Jon Corzine for Governor and John Kerry for President, as well as several municipal and ballot initiative campaigns during his 6 years of service with AFSCME’s national political department.

Kate brings over a decade of experience in advocacy, communications, and campaign operations to Scarlet Oak Strategies. She has managed national and international issue campaigns and led partnership development for global organizations and national trade associations.

After starting her career at the Elizabeth Glaser Pediatric AIDS Foundation, Kate went to work at the Democratic Senatorial Campaign Committee and its independent expenditure arm in the 2008 and 2010 cycles. She led IE operations and managed multi-million-dollar budgets, helping Democrats hold the majority. At Ricchetti, Inc., Kate helped clients build their grassroots and grasstops programs and advised them on advocacy communications and partnership opportunities. Following that, she managed strategic partnerships and advocacy projects at The ONE Campaign, overseeing partnership development and alliance-building, as well as launching the Girls and Women program.

Kate has a B.A. from the University of Virginia and lives in Arlington, VA.

As a public affairs strategist, Brian has worked to achieve policy goals at the local, state and federal levels. He creates strategic campaigns, communications programs, coalitions, infrastructure, and relationships to broaden support for his client’s policy agendas. In the political world, Brian has managed campaigns for Governor, Congress, and other offices. He has also advised campaigns internationally, across the United States, and in Maryland at every level. Among many others, he has worked for Sen. Amy Klobuchar (D-MD), Sen. Tom Daschle (D-SD), Gov. Jon Corzine (D-NJ), Gov. Martin O’Malley (D-MD), and Rep. Debbie Halvorson (D-IL). In 2017 and 2018, Brian managed the gubernatorial campaign of Jim Shea in the 2018 Democratic Primary for Maryland Governor. Later in 2018, as a Senior Advisor to the Maryland State Education Association, he helped elect dozens of the association’s endorsed candidates across Maryland.

Brian also has significant experience counseling clients and protecting their reputations during high-profile crisis communications situations. He has advised clients dealing with matters before the United States Department of Justice, the Securities and Exchange Commission, the Consumer Financial Protection Bureau, the Federal Trade Commission, state attorneys general, and other regulators in the U.S. and many countries around the globe, including China, Europe, Latin America, the Middle East and Africa.

Brian is a native of Baltimore, Maryland and a graduate of The George Washington University. He lives in Maryland with his wife, two children, and one dog. 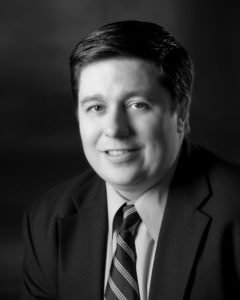 Michael Muller has provided guidance to legislative leadership in Illinois, New Jersey and New York, along with a broad spectrum of presidential, congressional, statewide and local candidates during the past 25 years.

Michael’s achievements include building the New Jersey Democratic Assembly Campaign Committee (DACC) and turning it into one of the nation’s elite legislative leadership committees. As the current CEO of DACC, and formerly the executive director for fifteen years, Michael has established the longest running Democratic State Assembly majority in New Jersey history.

Michael engineered three tremendously successful election cycles during an era of both Governor Christie’s dominance over the New Jersey political scene and legislative Democrats nationally facing substantial loses. Despite Governor Christie carrying a majority of legislative districts in the 2009 election, seizing record popularity in the 2011 mid-term election and cruising to a 22-point blowout victory in 2013, Michael established the record for most combined Democratic seats while he grew the majorities in both the State Senate and General Assembly against daunting odds.

In 2008, Michael was Hillary Clinton’s New Jersey Campaign Director. During the 2008 general election, Michael also served as the Coordinated Campaign Director in New Jersey where he scored major victories statewide for President Barack Obama and U.S. Senator Frank Lautenberg, along with the election of U.S. Representative John Adler to the Third Congressional District – that victory marked the only Democratic victory in that district in more than 130 years.

Michael Muller has been nationally recognized winning prestigious awards in the political community as a 3-time Pollie Award winner from the American Association of Political Consultants and 2-time Reed Award winner from Campaigns & Elections Magazine. And this year, Michael served as Chief Strategist to newly elected Rep. Jeff Van Drew in New Jersey’s 2nd Congressional District, a seat Democrats had not won since 1992.

Prior to joining Scarlet Oak Strategies, Platt was the Political Director for the Democratic Governors Association, where he helped build and oversee an operation that spent more than $175 million and saw the most Democratic Gubernatorial gains in history. During four years as Political Director, Democrats did not lose a single incumbent governor’s campaign and won in red, blue, and, purple states. Platt also served as the Campaign Director at the DGA from 2013-2014, where he managed the organizations work in their most critical battleground states.

In addition to his work at the DGA, Platt has a long history of managing campaigns and field programs at every level. From 2011-13 Platt was the National Field Director for the Service Employees International Union, leading their efforts in the 2012 Presidential campaign, as well as down-ballot and issue campaigns across the country. Before moving to Washington, DC, he spent more than a decade on the road managing campaigns and programs in more than 15 states.